Serious games and gamified learning can be effective without being complex.

Serious games and gamified learning can be effective without being complex, in fact in an article reviewing 63 on serious games in education entitled “Success factors for serious games to enhance learning: a systematic review” by Werner Siegfried Ravyse, A. Seugnet Blignaut, Verona Leendertz, and Alex Woolner found that complex high-fidelity games distracted learners from the objective, that 2D and 3D games are almost equally popular. I’ve found many articles on serious learning that found easy and simple games are the most effective.

Ravyse et. al. provide five key elements to creating a game, all of which can be recreated in Mazetec.

Learner want to construct their own knowledge. Choice and constructivism is at the core of Mazetec. Educators can create branching simulations the are repeatable and online so learners can explore what they want to. When starting a new topic, everyone wants to know ‘why are we doing this?’ rather than explaining let them explore for themselves.

The backstory, or game narrative, refers to the storyline and game-world players encounter and expectantly immerse themselves in as they play the game. More than this, the narrative is what players attempt to uncover to progress in the game.

Players enjoy crafting their own narrative. ...they prefer not to be led through the game in a linear fashion. Linear gameplay entails progressing from one game scenario to another in a fixed sequence, which remains unchanged with every restart of the game. Moreover, players are excited by the opportunity to explore and to mold their own narrative (Ke and Abras 2013; Kickmeier- Rust and Albert 2010; Verpoorten et al. 2014)— another motivating feature drawing players back to the game.

Make the learning simulation feel real, to do this you have to activate the affective part of the players brain by establishing an emotional connection between the learning game and the player, but you should also want to match the ‘state’ in which the learner will apply the knowledge they are learning. It’s not as daunting of a challenge as it sounds. As the article suggests a clear way to create an emotional and strike a sense of learning competition you can use time pressure.

We extensively researched how to implement the effects of time pressure into learning simulations and scenarios. Mazetec allows you to use time strategically to achieve different variations of learning pressure and reactions. More time reduces pressure and less time increases it. There is overall time e.g. the user has 10 minutes to complete a virtual scenario. Then there is per question time where you have 8 seconds to respond to a question and you don’t get more time until you reach the next question. Then there are rewards and penalties. Mazetec has extensive capabilities to manipulate time to create different ‘states’ and illicit different reactions from users.

Get their instant gut reactions by limiting the time per question.

In addition to all of the time pressure capabilities you can see the effects down to millisecond in our analytics.

High-quality/ 3D is both expensive and time consuming and evidently distracts from the learning. When it comes to gamifying learning content in education and academia you need to be quick and adaptive. As discussed by the authors, the serious game must focus on the content in order for the learning to be effective.

From a learning perspective, [a high-fidelity 3D game] becomes significantly less certain as other authors claim that overly rich presentation of the context distracts students from in-game learning tasks (Ke and Abras 2013; Papastergiou 2009a; Virvou and Katsionis 2008).

When focusing on learning aspects, competition among students is often discouraged. This leaves competing against the clock as an option to satisfy both learning and playing. Time is an adversary that cannot be physically singled out among a group of learners, yet it remains a worthy opponent drawing players to the game.

What computer scientists know that educators, coaches, and academics don’t is that adaptive learning games doesn’t require Artificial Intelligence (AI). Many people assume AI will make learning sims more interesting, however this is not the case. AI usefulness is misunderstood.

Serious learning games can be adaptive without AI. Take Mazetec for example, you can create an adaptive virtual scenario by linking choices to different consequences that impact the players experience with time and points.

[Branching PBL scenarios] influence serious games on two fronts: (a) adjustment within the game through agents; and (b) adjustment of the game itself by means of adaptivity. Game agents operate either as reflex or goal-directed agents. Reflex agents are programmed to react to instantaneous player actions, while goal- directed agents continuously aim to manipulate the game toward their preset goal.

These approaches indicated significant learning gains over their respective control groups, leading us to conclude that adaptivity not just has the ‘‘potential to significantly shorten completion time’’ (Soflano et al. 2015a), but adaptivity also promotes individualized learning— something not easily achieved in traditional education.

Mazetec allows authors customize player simulation controls and level of gameplay and complexity (e.g., choice consequences). Players choose their way through the Maze and receive immediate feedback which can be a Warning or Hint node type or combined with time and point rewards or penalty for each choice in the learning maze.

Mazetec is engineered so that learners receive feedback immediately to experience cause-and-effect of their activities thus activating the constructivism pedagogy. so they

What sets serious games apart from other forms of edutainment is the element of interactivity. Games require user input and respond accordingly, in turn instigating the next player action and continuing in a repeated player-game feedback loop.

This implies that the game interface should be as straightforward as possible both in the way players provide input to the game and the way communication is returned to the player.

As discussed Mazetec is already accomplishing immediate feedback and game resource mechanisms, however, it’s worth including the authors discussion on the game feedback to highlight its importance.

Serious games could provide a setting conducive to a high degree of formative learning through the exploration of possible cause-and-effect in a risk-free environment (Cheng et al. 2015) with the knowledge of likely safe recovery (Hwang et al. 2015; Ketamo and Kiili 2010; Squire 2013).

Debriefing is not something that changes the game’s appearance, but in-game learning activities certainly support its cause. Not just by means of a recollection of memorable gameplay moments, but by game generated progress-tracking reports. Progress tracking has the advantage, especially in the case of health- related games (Alamri et al. 2014), of sending immediate player progress reports, which the facilitator can use as enablers for post-game debriefing (Baranowski et al. 2011; Hong et al. 2013b). Couceiro et al. (2013) envision a future version of their game with a progress-storing mechanism

How do I create problem-based (PBL) scenario? 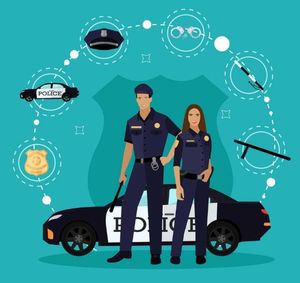